...it's already at the top of this page. "Pray for the Peace of Jerusalem..." and the rest of the country, while you're at it. 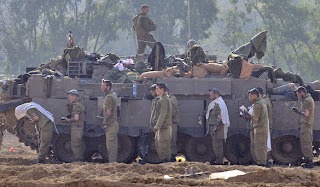 Unlike many, if not most, of my fellow bloggers, I don't crank these posts out prolifically. I dwell on them for days, writing and re-writing; searching for the precise word to match each carefully chosen photo. But today as I type, Hillary Clinton's singing her swan song,

the Oom Shmoom  is doing its thing (no play-on-name intended - if you're unfamiliar with the term, ask and I'll explain) and with G-d's help, this'll all be over soon. Therefore, I've gotta act quickly so forgive me if this post is somewhat sub-standard.

When I saw my dear friend, Esther, on the very first day of the current conflict, we compared notes on what we'd heard from our friends and family in Israel. The reports were all similar. "We're ok. Steering clear of hot spots. Praying that this shouldn't escalate...". Esther smiled and said "I wish I was there being calm instead of here being so worried." It's true that for the most part, Israelis are calmer than we are about these things. As we check every news site for the latest information, life in Israel goes on - albeit cautiously. Homes in "safe" areas open their doors to brethren from more dangerous locations. 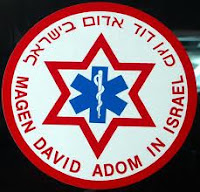 Ads begin to appear for donations to Magen Dovid Adom (the Israeli "Red Cross") and groups deliver care packages to our brave young men in uniform. But life goes on.

Our six years in Israel included our (un)fair share of rocket fire in the region, stabbings in the Old City and suicide bus bombers minutes from our home in Har Nof. Oh, and let's not forget bad ol' Saddam's threat to bombard us with chemical weapons, forcing us to carry our gas masks to work, school or the supermarket. 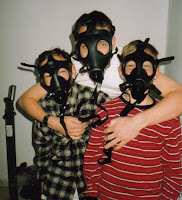 My mother called from the States as we were preparing our sealed room and asked how we were doing. "We're fine", I replied. "You're in denial", she said. When I told my husband about Mom's diagnosis of our psychological state, Bill quipped: "Tell her that d'Nile is in Egypt. We're in Israel." And life went on. I don't mean to minimize the tension or the fear. It's there. You live it and breathe it. 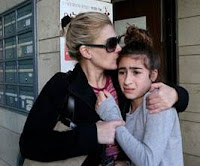 But the Nation of Israel carries on.

I scratch my head as I listen to the radio. In an interview with a professor of Arabic studies at an American university, the professor stated that the Palestinians are bearing the brunt of the exchange of fire in that only (emphasis mine) 3 Israeli civilians have been killed but approximately 100 Palestinians (mostly terrorists) have lost their lives. The interviewer responded: "But not for lack of trying! The Palestinians would surely prefer killing more Israelis but their weapons are inferior and their aim is poor." To which the professor wholeheartedly agreed! 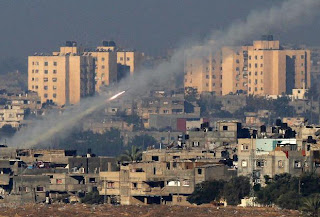 Similarly, a news report stated oh so simply that the cease-fire negotiations in Egypt are complicated because the Israelis won't cease their fire until the Gazans stop lobbing missiles into Israel but the Palestinians won't cease their fire until Israel stops assassinating their leaders! If an alien had just arrived on this planet, he'd have no way to know that one is a direct result of the other. (And if you don't know which came first, you can stop reading now and hop the next spaceship home to Mars.)

So what are we to do from here? "Tehillim K'neged Tillim" was a catchy slogan during the Yom Kippur war. Tehillim are Psalms. Tillim are missiles. "Psalms to Fight the Bombs". As our sisters and brothers in Israel do their physical best to deal with yet another "operation", they and we know that our most effective weapon has always been the power of prayer. When the "tillim" are falling, we recite our "Tehillim".

While governments of the greatest nations in the world gather to discuss a cease-fire, we turn to the King of all kings to represent us in the negotiations. So open your book of Psalms - it's there somewhere on the shelf, if not already in your hand. Start with chapters 83, 130 and 142. It's the best way to say "Imchem Anachnu b'Tzara" - we are with you, Israel, in your difficult time (see Psalm 91:15). Even if you're reading this after the imminent cease-fire, you can still say Tehillim. There's always more to pray for.

May the Almighty Remember Jerusalem and the rest of our holy Land. May He answer all our prayers to protect His People and return us to the peaceful existence for which we beseech Him thrice daily.